In the altered realms of Battleworld, Angela and Sera are Witch Hunters, the scourges of King James’ England, 1602. In a land beset by magic and monstrosity, they seek a new and seductive evil-not witchbreed, but deal-making Faustians, who bargain with ancient creatures for unnatural power! Moral ambiguity? Fancy allusions? Marguerite making the most of that English degree? Try 1602 Witch Hunter Angela #1!

Title: Secret Wars, In Which Wicked Somethings This Way Comes 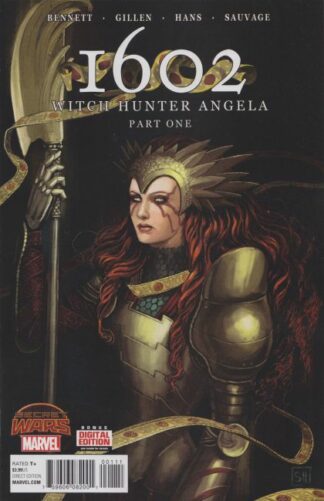