The Menace of Metallo – John Corben is a murderer on the run. When his vehicle overturns, he is found by Professor Vale, and saved by being given a metal body. With this new body, his first act is to start a crime spree looking for the life giving uranium that can power the body for a day. He soon learns that kryptonite can last much longer than that.

The Supergirl From Krypton – A rocket lands on Earth, carrying a kryptonian. One city survived the planet’s destruction, and one of its survivor’s is Kal-El’s cousin, now on Earth.

Title: The Menace Of Metallo / The Supergirl From Krypton 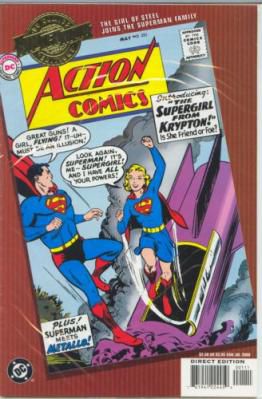