‘If Martin Scorsese and George Romero had a comic book child… it would probably look like Killogy!’ says ComicMonsters.com. Frank Vincent (Goodfellas, The Sopranos), Marky Ramone (The Ramones) and Brea Grant (Heroes, Dexter) take on the zombie apocalypse in this blood-soaked dark comedy from ‘Crawl to Me’ mastermind, Alan Robert. The uber-violent grand finale grabs the undead by the cannolis. Don’t miss it! 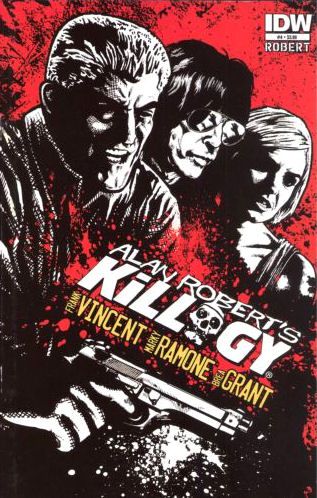