Written by Nick Spencer Penciled by SCOT EATON Cover by MIKE DEODATO THE SECRET IS OUT! Word of Steve Rogers’ clandestine operations has leaked to the world, kicking off a global race by the Secret Avengers to save compromised superhuman assets before they can be taken off the board! Behind it all: a mystery man in familiar garb, who’ll force the Super-Soldier to confront some very hard realities about his new role as a general. 32 PGS./Rated T 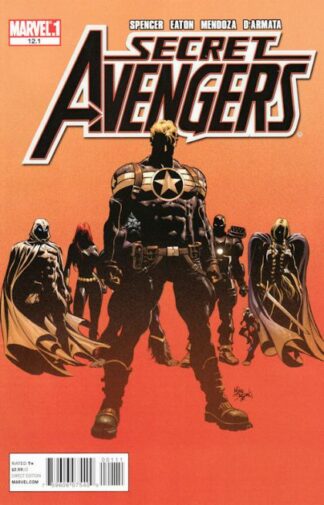