Jessica Drew is going back to basics! She’s been pushed to places she never wants to go again – but she survived. Now, with a new lease on life, it’s time to show the world who Spider-Woman truly is! She’ll begin with the Brothers of the Sword – but who exactly are these blade-wielding bros? The answer to that is just the beginning. A who’s who of Marvel mercenaries want something that Jess has – and needs! Spider-Woman soon finds herself in the sights of Lady Bullseye and more deadly killers in a battle royal across New York City! But when the fight becomes a family affair, someone in the Drew clan will suit up for the first time! Who could it be?! It’s the fight of Spider-Woman’s life, and you do not want to miss it! Collecting SPIDER-WOMAN (2020) #11-16. Rated T+ 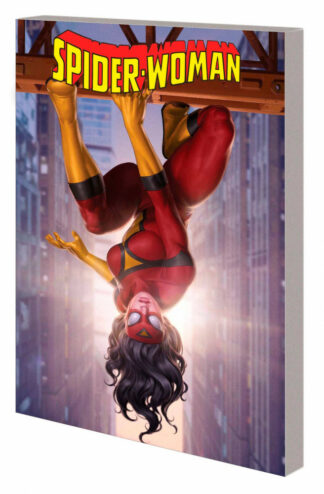