The battle may be over, but the worst is yet to come. Torn between her growing attachment to an alien race and her new commitment to the Prime Directive, Seven of Nine must choose between altering the course of an entire society and her place aboard Voyager in the conclusion to this story set during Voyager’s amazing fourth season from writer Dave Baker (Action Hospital, F*ck Off Squad, Star Trek: Waypoint) and artist Angel Hernandez (Star Trek: Picard Countdown, Star Trek/Green Lantern). 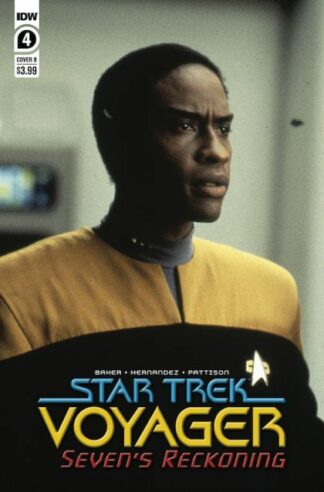