Peter Parker’s earliest days as the Amazing Spider-Man! Join acclaimed tale-spinner Kurt Busiek, the legendary scribe of MARVELS, as he delves into the past once more to weave an intricate web of “lost” stories! First, Peter must come to terms with his Uncle Ben’s death – and learn how best to honor his memory – as he takes his first fledgling steps as a crimefighter! Then, swing along with Spidey for a series of untold gems as the newly minted Spider-Man encounters the Human Torch, Doctor Octopus, the Vulture, Sandman and more classic characters – along with new friends and foes, including Batwing, Bluebird and the Scorcher – on his way to becoming Marvel’s premier super hero! But what are the shocking secrets of Peter’s first love, Betty Brant? Collecting AMAZING FANTASY (1995) #16-18 and UNTOLD TALES OF SPIDER-MAN #1-14. Rated T 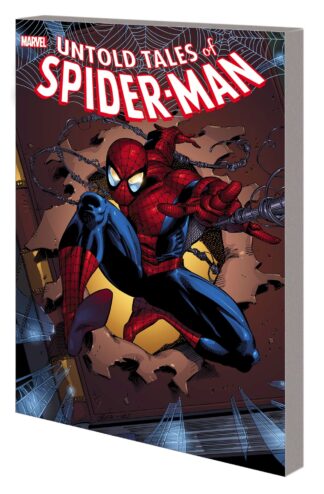